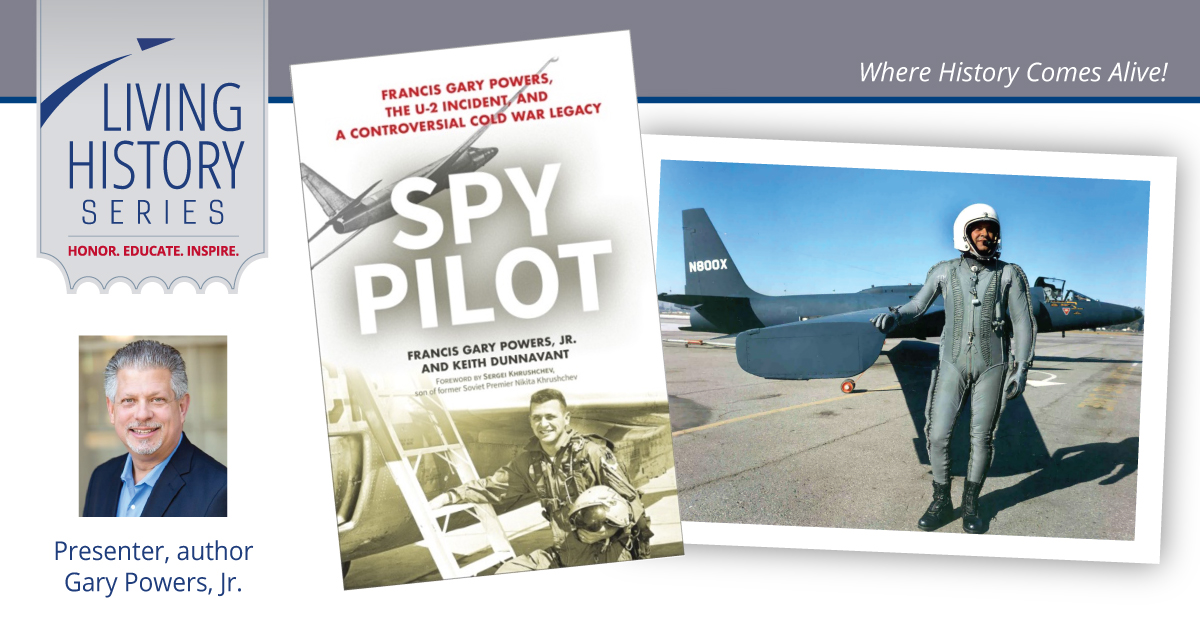 Francis Gary Powers, the U-2 Incident,

and a Controversial Cold War Legacy

at the Air Force Museum Theatre

Join author and historian Francis Gary Powers Jr. for a presentation on one of the most talked-about events of the Cold War — the downing of an American U-2 spy plane. Based on newly available information, the son of famed U-2 pilot Francis Gary Powers presents the facts and dispels misinformation about the Cold War espionage program that his father was part of, and was featured in Steven Spielberg’s “Bridge of Spies.”

Gary Powers Sr. was the U-2 pilot whose plane was shot down over the Soviet Union in 1960, triggering an international incident. Delving into old audio tapes, the transcript of his father's debriefing by the CIA, other recently declassified documents about the U-2 program, and interviews with his contemporaries, Powers sets the record straight in his latest book Spy Pilot. The result is a fascinating piece of Cold War history.

*"By publication of this donation link, the Air Force Museum Foundation, Inc. is not soliciting donations from residents of any state where it is not currently registered to solicit funds, where required."

The Air Force Museum Foundation, Inc., raises funds and awareness in support of the National Museum of the U.S. Air Force. The Air Force Museum Foundation, Inc. is a Section 501 (c)(3) private, non­profit organization. It is not part of the Department of Defense or any of its components, and it has no government status. The use of the Roundel image in the Foundation's logo is with the permission of the United States Air Force; endorsement by the Department of Defense or the United States Air Force in fundraising activities of the Foundation is not intended nor implied pursuant to DoDI 5535.12.
© All Rights Reserved | Site Map